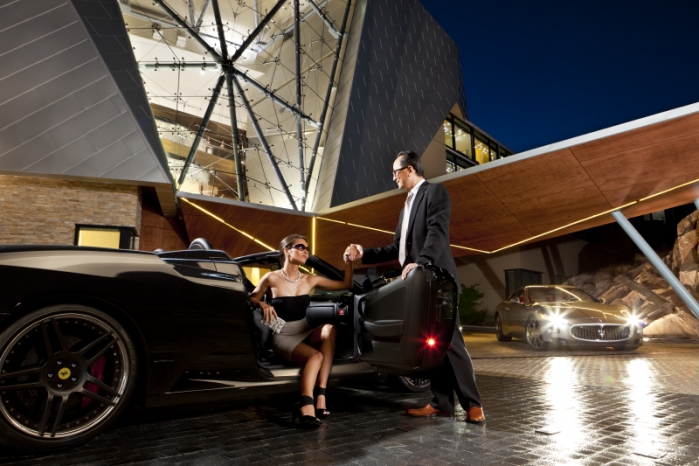 In lieu of sending out holiday cards to clients, friends and family, this year I decided to donate a full day’s photoshoot to Pathways. This fantastic organization assists adults with disabilities to learn basic independent life skills, gain employment and become active and responsible members of the community. Pathways was in need of photographic support and we were thrilled last week to work with this important and inspiring organization to help bring more awareness to their efforts.

2012 was exceptionally busy for us (hence the reason for only one newsletter this year!). As always, there were far too many photoshoots and amazing clients to mention, but here are a few highlights:

Early in the year we were contacted by Wendy and her marketing team at Sparkling Hill Resort. They were being featured in Elite Traveler magazine which can be found in just about every private jet in the world. We did a series of photographs for Wendy and ended up landing two covers of Elite Traveler magazine this year. This was very exciting news and we were thrilled to return to Sparkling Hill Resort several more times this summer for various photoshoots. This incredible four diamond wellness resort is situated at the top of a mountain in Vernon, British Columbia and features over 3.5 million Swarovski crystals within its architecture. Many thanks to Wendy and her team for their hospitality and a truly memorable experience!

This summer Campion Boats unveiled the world’s first 180 horsepower electric outboard engine. This engine makes absolutely no noise, produces zero emissions and can easily tow a skier or wakeboarder. We feel extremely proud to be working with a boat builder that is unequivocally the world’s leader in creating environmentally-friendly boats. We can’t wait to see what they have up their sleeves next!

I have to be careful not to get my hand slapped for saying too much about this project, but this year I was approached by a producer and film crew looking to create a documentary series that provides a behind-the-scenes look at commercial photography. Most of the show focuses on travel photography and I have had the absolute pleasure of working with this amazing film crew on seven episodes thus far. Our latest two episodes, shot in October, were filmed in various desert locations of Nevada, Utah, Arizona and California. They are planning to release these episodes in the spring of 2013 with the goal to shoot several more episodes next year. Stay tuned…

In 2006 we were asked by Regency Retirements Resorts to assist them with a campaign to raise money for the Kelowna Hospice House. We photographed a calendar involving many of the residents scantily dressed and in humorous situations. The calendar gained national attention and the goal of raising $5000 was exceeded by $100,000. This year we did a new and even more risqué version of the calendar which also featured some of the doctors at Kelowna General Hospital baring it all. 100% of the proceeds go to the Kelowna General Hospital Foundation and the calendars can be found at Chapters Bookstore.

Speaking of nude photographs, last year we created a series of images with a professional ballerina being splashed with milk. This year I had the thought of doing a series of swimming photographs of a model being splashed with water (see below). To have a look at more of these images, please check out (and ‘Like’) our Facebook page at www.facebook.com/shawntalbotphoto

I absolutely love photographing aircraft and this year Flair Airlines and Spincaster Productions provided me with the opportunity to photograph a group of Boeing 737s. This photoshoot was a blast partly because the airport fire department was willing to wet down the tarmac to help us capture a shot of one of these planes lit up at dusk.

In addition to a plethora of fantastic shoots all over the province with FortisBC, we also had the chance to shoot with Jillian Harris of The Bachelor for BC Hydro. We worked on some incredible architectural projects with Scott and his team at Timberhaven Homes and had an unforgettable shoot in Edmonton in one of the most beautifully-designed residences I have seen with Nicole and everyone at Begrand Fast Design. We thoroughly enjoyed our continued work with Tree Brewing (and let’s be honest – what we really enjoyed was sampling their world-class collection of craft beers. And sampled we did. Many times over.). As well, a big shout-out to Jeff and Decoa of Ex Nihilo Winery who have created some spectacular wines that we had the opportunity to photograph recently (I just love their ‘Night’ wine!).

Last week we updated the shawntalbot.com website with a bunch of our latest photographs. If you get the chance, please take a look.

I would like to say a big “THANK YOU” to everyone we have had the opportunity to work with in 2012. Your patronage is greatly appreciated and we look forward to hopefully working with you again in the New Year!

All the best to you and your family over the holiday season!

Best Wishes,
Shawn and The Team (Aaron, Angela and Nina)